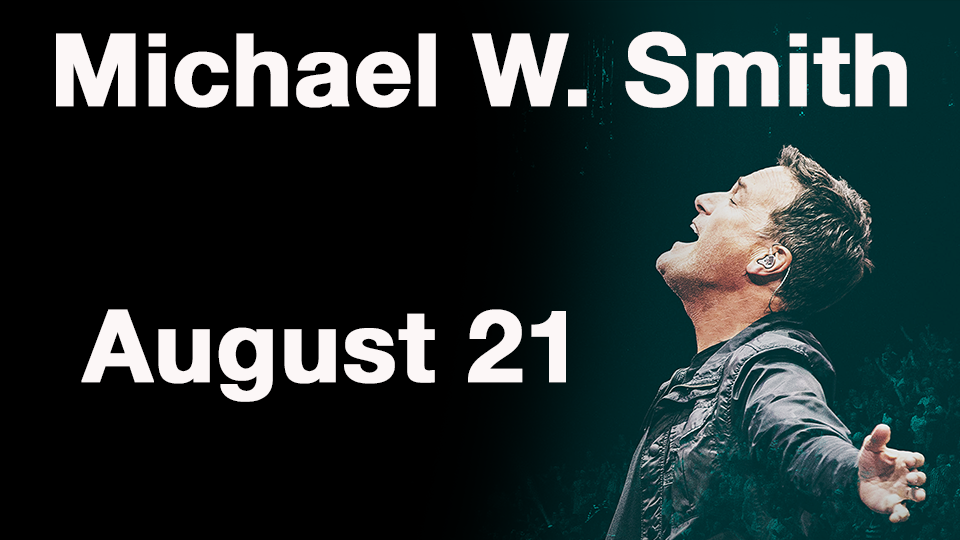 Brought to you by Cody Dunbar

Michael W. Smith has been releasing new music regularly and performing around the world to
sold-out crowds for the last 35+ years. During his storied career, he’s written and recorded
over 36 No. 1 songs, been honored with three GRAMMY® Awards and 45 Dove Awards, one
American Music Award, was inducted into the Gospel Music Hall of Fame and has sold more
than 15 million albums. Amassing an in-depth catalog of achievements, Smith was also
recently honored with a star-studded tribute concert in Nashville, TN to celebrate his 35 No.

GRAMMY nominated live worship album Surrounded have together become his 30th and
31st Top 10 hits on Billboard’s Top Christian Albums chart, more than any other solo artist in
history. In October 2020 he released a longtime passion album, STILL Vol. 1, an atmospheric
listening experience of improvisational music coupled with inspirational scriptures. More than
just an outstanding songwriter and performer, Smith has given back to the global community
throughout his career. Smith has raised funds to battle AIDS in Africa, started Rocketown, a
safe haven for young people in Tennessee to meet and find hope; and has helped more than
70,000 children through Compassion International. He has also written several bestselling
books, including Old Enough To Know and Friends Are Friends Forever.