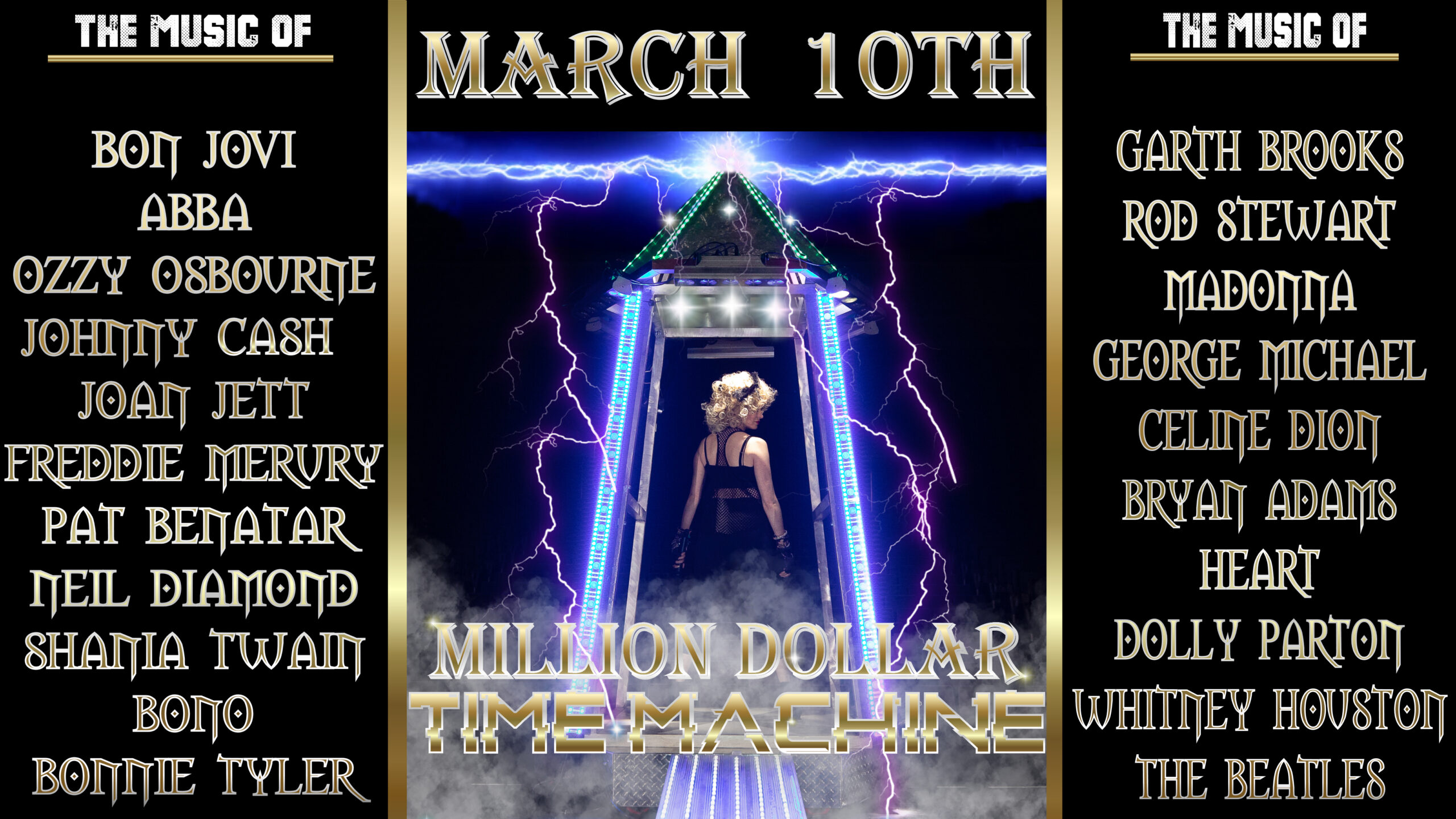 A musical act from the FUTURE, performing with MILLION DOLLAR acts from the PAST and

bringing it all together for you right here in the PRESENT.

Ever wish you could go back in time? Now you can,

WITH THE WORLD’S ONE AND ONLY TIME MACHINE

is coming to a city near you and there is nothing like it in the world.

share the same stage for a truly epic and mind blowing evening of music!

You will be taken on a journey, A JOURNEY NEVER TO BE FORGOTTEN!

The TIME has come. For YOU. To relive your PAST.

and features only the best impersonators from around the world.

Each night, the time machine year clock stops at 24 of the most defining points in the history of

music and will summon which ever artist it chooses, pulling them from the year

when they were at the height of their career!

You can expect to see the best live impersonations of million dollar acts such as;

A musical act from the future, performing with million dollar acts from the past

and bringing it all together for YOU right here in the present.

America’s most popular show will leave you in complete suspense

because you never know who will emerge from the Million Dollar Time Machine™ next!

Get your tickets NOW because TIME is running out!

Get ready to ride the space time continuum of music, The future has arrived!