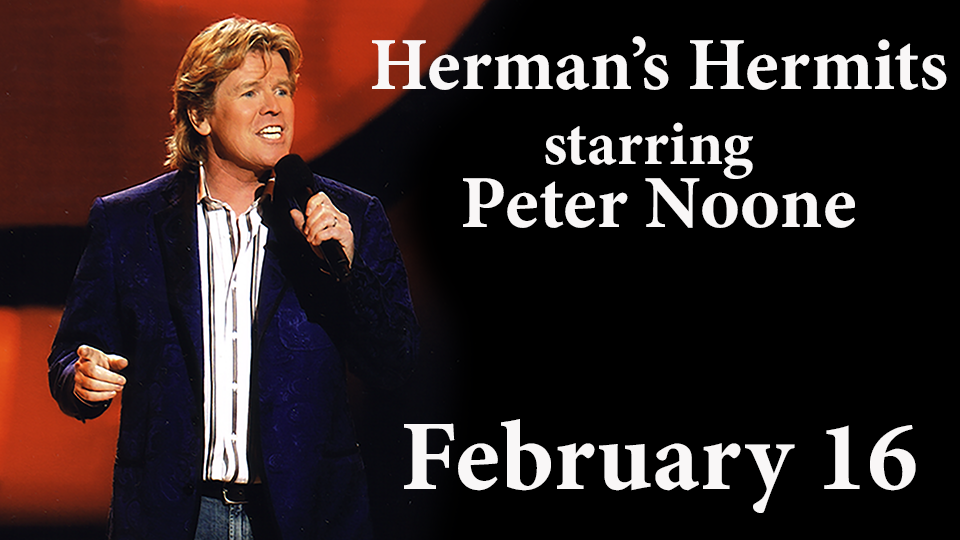 Peter Blair Denis Bernard Noone is a multi-talented entertainer, who has been delighting audiences nearly all his life.He was born in Manchester, England, where he studied voice and acting at St. Bede’s College and the ManchesterSchool of Music and Drama. As a child, he played “Stanley Fairclough” in the long-running British soap operaCoronation Street. He was also featured in the television series Knight Errant, Family Solicitor and Monro’s SakiStories.

At the age of fifteen, Peter achieved international fame as “Herman”, lead singer of the legendary pop band Herman’sHermits. His classic hits include: “I’m Into Something Good”, “Mrs. Brown, you’ve Got A Lovely Daughter”, “I’mHenry VIII, I Am”, “Silhouettes”, “Can’t You Hear My Heartbeat”,  “Wonderful World”,  “Just A Little Bit Better”,  “There’s A Kind of Hush”, “A Must To Avoid”, “Listen People”, “No Milk Today”  “The End of the World” “Leaning On ALamp Post”, and “Dandy”. Ultimately, Herman’s Hermits sold over fifty-two million recordings. In all, fourteen singlesand seven albums went gold.

Accompanied by his band, Herman’s Hermits, Noone currently performs over 200 concerts a year. He consistentlyplays to sold-out venues and his admirers span the generations. Today’s teen girls scream just as passionately as theirmothers did back in 1965, prompting VH1 to select Noone as their viewer’s choice for the “Sexiest Artist of the Year”.There is no doubt that Peter Noone’s extraordinary talent, disarming wit, handsome features and compelling stagepresence will continue to delight fans of all ages, for a long, long time to come.