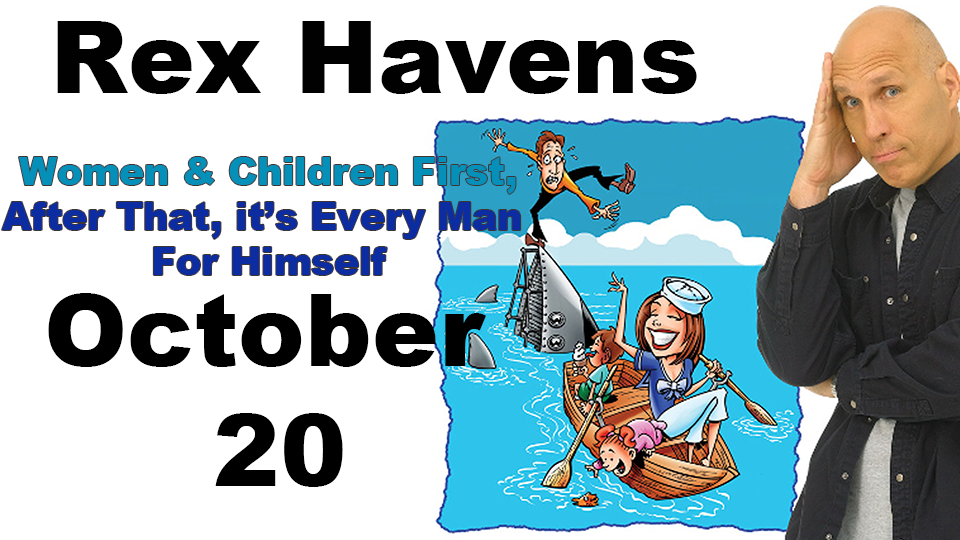 The Marion Cultural and Civic Center

After That, It’s Every Man for Himself

Rex Havens has been a nationally-touring professional comedian for almost 20 years. He has appeared on HBO, Showtime, Comedy Central and Comic Relief as well as opened for Jerry Seinfeld, Jeff Foxworthy, Tim Allen and more. Rex’s comedy pays tribute to the strong, funny women who drag men kicking and screaming into manhood. This is family-friendly comedy for all ages.

“Women and Children First” is much more than a stand-up comedy show, utilizing over 500 still images, 10 video and 15 audio clips in a lightning-fast presentation that leaves no time to catch your breath.