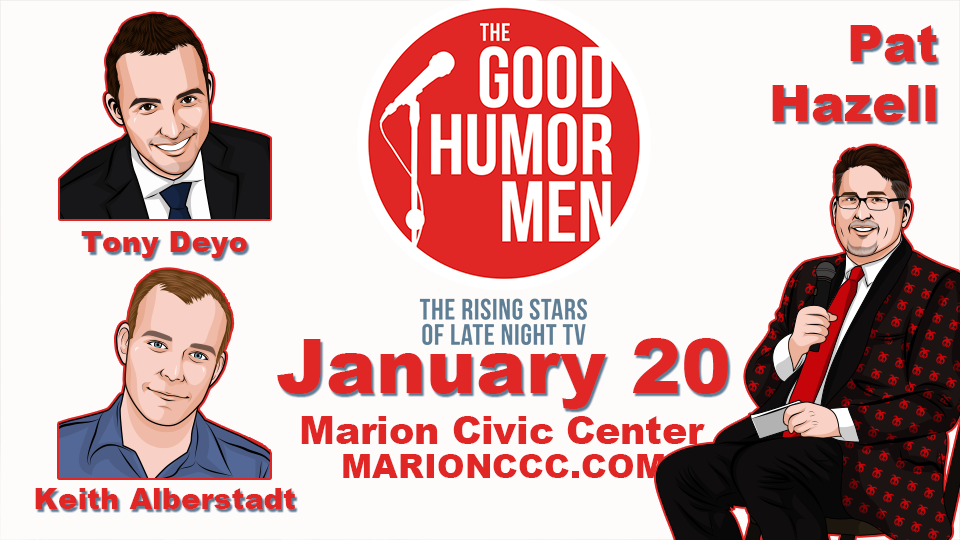 Three of America’s funniest stand up comedians (with numerous appearances on The Tonight Show, The Late Show, and The Daily Show) join forces to showcase their original brand of humor in an evening packed with punch lines, clever writing and hair trigger laughs.

Keith Alberstadt has been climbing the comedy ladder for over ten years. Late night TV appearances, freelance writing, military tours in the Middle East–Keith has done just about everything, and continues to do so.

With a playful personality that radiates onstage, Keith grabs every audience with a genuine likability and a clever wit unmatched in the field today.

Keith has four albums in rotation on Pandora and SiriusXM Radio. His latest, Walk It Off, ranked in the Top Ten comedy albums on iTunes the day after his appearance on The Late Show with Stephen Colbert.

Keith’s is a unique style that makes a memorable impact on comedy fans everywhere.

Tony Deyo is a stand-up comedian known most notably for his sharp, quick material and near-perfect comedic timing almost certainly gained from his years as a professional symphony musician. In 2013, he made his late night television debut on Conan.  Within a year, he had added appearances on The Late Late Show with Craig Ferguson, AXS TV’s Gotham Comedy Live, and Comics Unleashed with Byron Allen. He performed at the prestigious HBO Aspen Comedy Festival, was named one of the year’s best by the New York Post, and can be heard regularly on SiriusXM Satellite Radio. Tony is a frequent performer during Jamestown’s Lucille Ball Comedy Festival every August.

Showtime declared Pat Hazell one of the five funniest people in America. His 30 years of experience as a writer, producer and director have made him a go-to guy for new American theater.

Pat is one of the original writers for NBC’s Seinfeld, a veteran of The Tonight Show, a critically acclaimed playwright and a contributing commentator to National Public Radio. He is recognized for his genuinely funny Americana humor and his salute to nostalgia.

As the Chief Creative Officer of Sweetwood Creative, he is responsible for the national tours of six original productions: Bunk Bed Brothers, The Wonder Bread Years, The Good Humor Men, My Funny Valentine, A Kodachrome Christmas and Pat Hazell’s Permanent Record. He is also the host of the Creativity in Captivity podcast, that showcases conversations with the most creative people on the planet. However, his greatest accomplishment is being the father of two of the brightest shining stars in the universe, Tucker and Keaton.